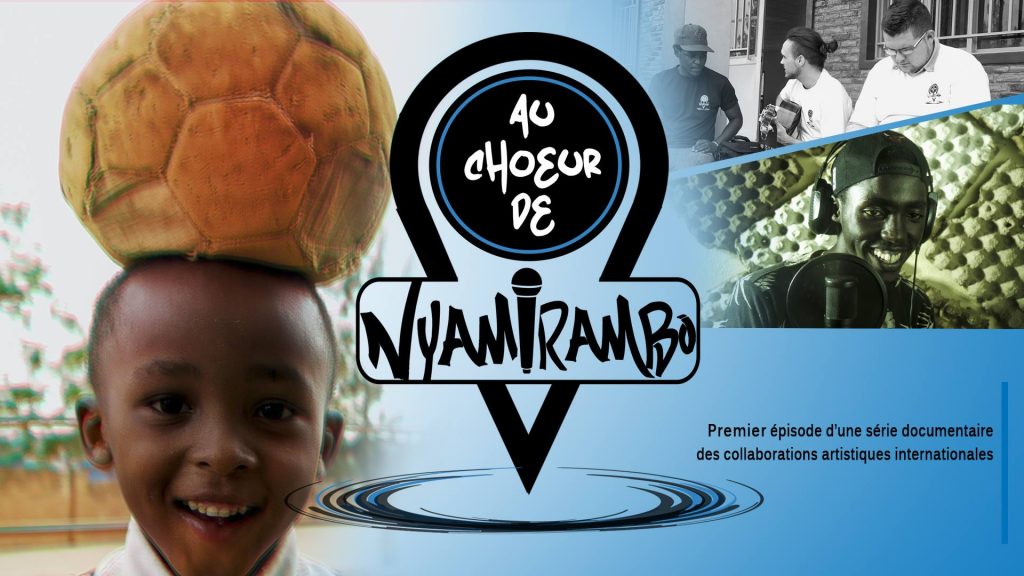 Impelled by the artists collective Demozamau (Rennes – France), the documentary series “Au Chœur De…” (french pun blending “Au Coeur” = “At The Heart Of” with “Choeur” = Chorus) highlights several artistic collaborations that could emerge within inner-city districts throughout the world. “Au Chœur De…” ’s first episode stops at Nyamirambo, in the bubbliness of Kigali in Rwanda.

Inner-city districts are home to countless hidden talents who are hustling to find a way to express themselves to the fullest. The universal principles of Hip-Hop culture lie at the core of Demozamau’s collective values when developing these collaborative projects around musical practice, cultural transmissions, and methodological tutoring. Through those universal principles any notion of knowledge hierarchy is wiped out, it leaves space for a creative fusion where talents reveal and assert themselves. From then on, they build self-confidence and they become able to jazz up their neighborhoods taking part in musical and cultural events that they organize on their own.

They are now “Au Choeur De” (at the heart, chorus of) their neighborhood, thanks to artistic expression and self-managed events.

Nyamirambo is an inner-city district livening up the southwestern part of the Rwandan city capital, Kigali. Likewise what happened at the national scale, this neighborhood was not spared by the devastating human episode tearing the country of the thousand hills apart in 1994. Twenty years later, in 2014, Démozamau set the first step of a collaborative process going between Rennes and Nyamirambo in order to commemorate the genocide and to honor the memory of the ones gone too soon.

One of the very first project’s objectives carried out at Gisimba was to work on remembrance.

Gisimba is a memorial center founded in 1946 by Melchior Gisimba in the city of Butare, southwestern Rwanda. After his passing in 1986, his son Damas took over and relocated the orphanage in the Nyamirambo neighborhood. Offering officially 80 spots for orphans within its walls, Gisimba hid and protected over 400 people during the genocide, hence its designation as a “Memorial Center”. When the conflict ended, hundreds of orphans came to the site seeking asylum. Besides providing them with a shelter Gisimba progressively became also a schooling site for elementary schools looking for extra classrooms. This is precisely with these young orphans – now adults – that the project has developed.

In order to initiate the collaboration we had to take on the complex task of apprehending the emotions and feelings linked to the remembrance of the genocide. Following writing workshops patiently led, feelings came out little by little off the pencil leads. Out of these scribbled, erased, shaped, adapted lines was born “Ubutumwa”: a song where several youngsters dropped their verses on an instrumental made of both a clear guitar riff and a simple beat.

“Ubutumwa” means “message” in Kinyarwanda, the official and primary language spoken in Rwanda. That message, being collective, is a blend of numerous messages which go undoubtedly all towards the same direction: Reconstruction and Future. Those themes have always been the spearheads of the progressive way the youngsters embraced, so that they can look at the past sagaciously and address the future enthusiastically. 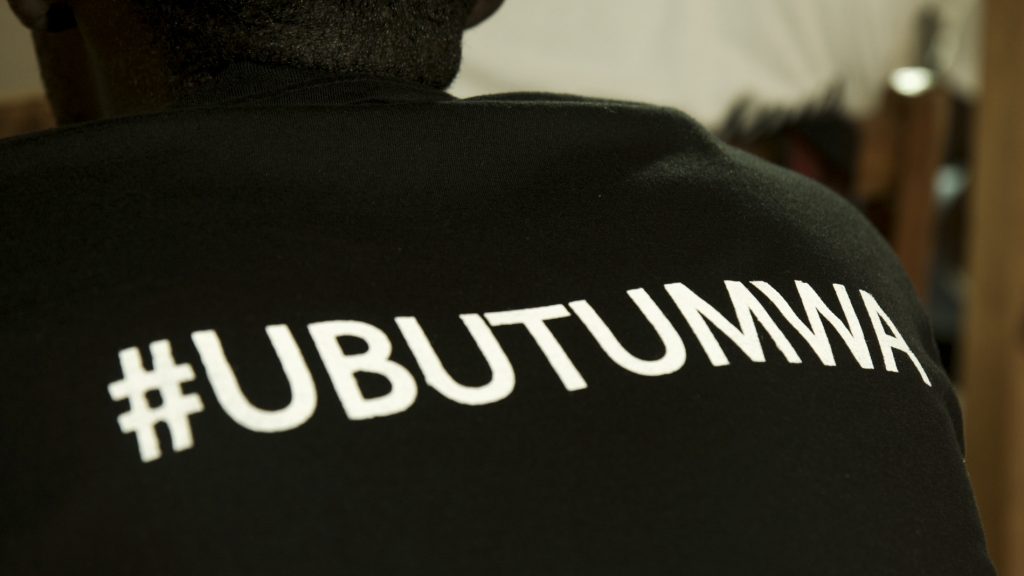 Three years later, Demozamau’s crew has plugged back the wires connecting them to their brothers and sisters in Gisimba, Kigali. Not only satisfied by that already honorable musical collaboration, members of the organization of Rennes decided to go further initiating an additional and extensive project, combining methodological training, History of Rwanda classes, History of Hip-Hop classes, the realization of “Ubutumwa” video clip and the organization of a cultural and musical event going by the name of Youth Cultural Show.

For about three weeks, between August and September 2017, exchanges boomed with a particular interactive richness bringing an additional intense flavor to the experience lived over the course of the last three years. For the sake of experiencing that collaboration as closely as possible, we would like to intimately introduce you to the project “Au Choeur De Nyamirambo” through a video documentary. 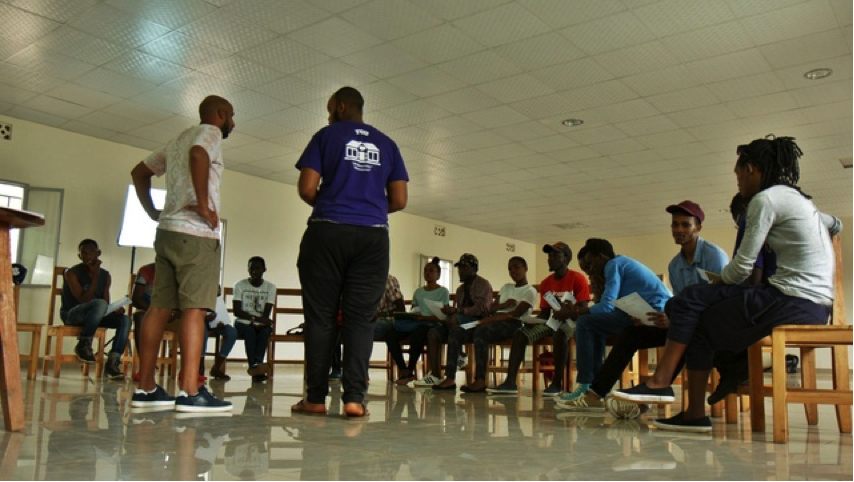 “Au Chœur De Nyamirambo” is an ambitious project which has become a long-term initiative (2014-2017). In order to conceive that video documentary in harmony with the project’s continuity, as well as to pay a grateful tribute to our rwandan partners, we seek to realize it with the greatest care and studiousness. In pursuance of complying with our self-set standards WE NEED YOU! Your help, beyond being very precious, will be highly appreciated for the supportive nature that comes along with it, persuading us in our desire to keep realizing further episodes within the documentary series “Au Choeur De…”.

What we already have…

What is your contribution needed for…

We would also like to emphasize on the fact that if your generosity happens to go beyond the initial set objective of 3800€, any of the extra funds collected will go directly towards several artist collectives with whom we have deeply collaborated on the project. These collectives are the guarantors of many activities that are vital to the socio-cultural and artistic dynamics happening in Nyamirambo. Their initiatives are sometimes unfortunately put in jeopardy due to limited support and limited financial means.

BY SUPPORTING US, YOU ALSO GIVE A HAND TO ALL THOSE LINKED TO THE PROJECT!

Started up in 2014, right after that the rwandan government decided to close down the orphanages throughout the country, the G.A.S.P.I. volunteer initiative has sought to provide young volunteers with a training curriculum in order to enable them to set up activities programs intended for the Nyamirambo underprivileged youth. These volunteers are mostly former Gisimba’s orphans. Among these activities programs, there are enrichment programs (arts, music, dance, drama), recreational programs (sports, structured and unstructured games), as well as educational programs (academic tutoring, computer skills, reading and writing, drawing, foreign languages).
https://www.volunteermatch.org/search/opp2698486.jsp
https://www.facebook.com/Gisimba-After-School-Program-Initiative-1492370754393232/?ref=br_rs

It is a music label counting with young artists from 15 to 30 years old. With their recording studio, G.M.C. Records, they dedicate themselves to the creation of musical projects. Most of them have been featuring on “Ubutumwa” song’s creation and realization.
https://soundcloud.com/gmc-pro

A Charity organization, founded in 2014 by the rwandan youth of Nyamirambo and has since commited to make advocacy and protecting the right of children in distress. “Ihumure”, in Kinyarwanda, could be translated to “Reassurance”. This is where the central aim of O.H.O.D.I. lies at: working with children to build and sustain peace. Since February 2016, the charity has been operating in partnership with G.A.S.P.I. to implement a development project entitled “Smile Sunday Program” where they integrate street children in community, school and labor market.
http://www.ohodirwanda.org/ 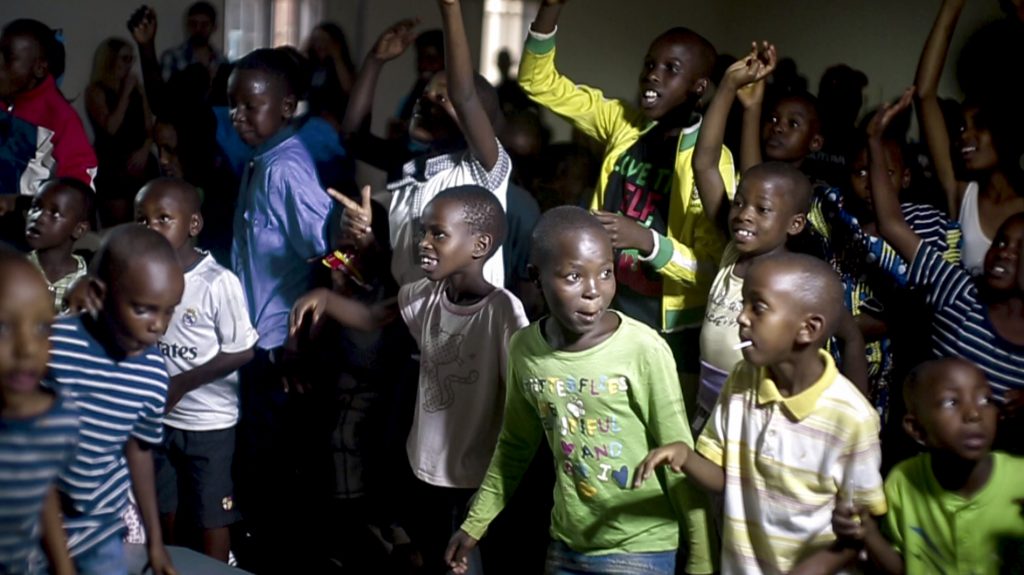